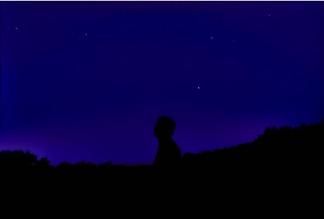 The Universe looks great from here!

Far away in the cosmos there are fantastic objects. Massive in size and dangerous yet beautiful. These are a handful of such objects. 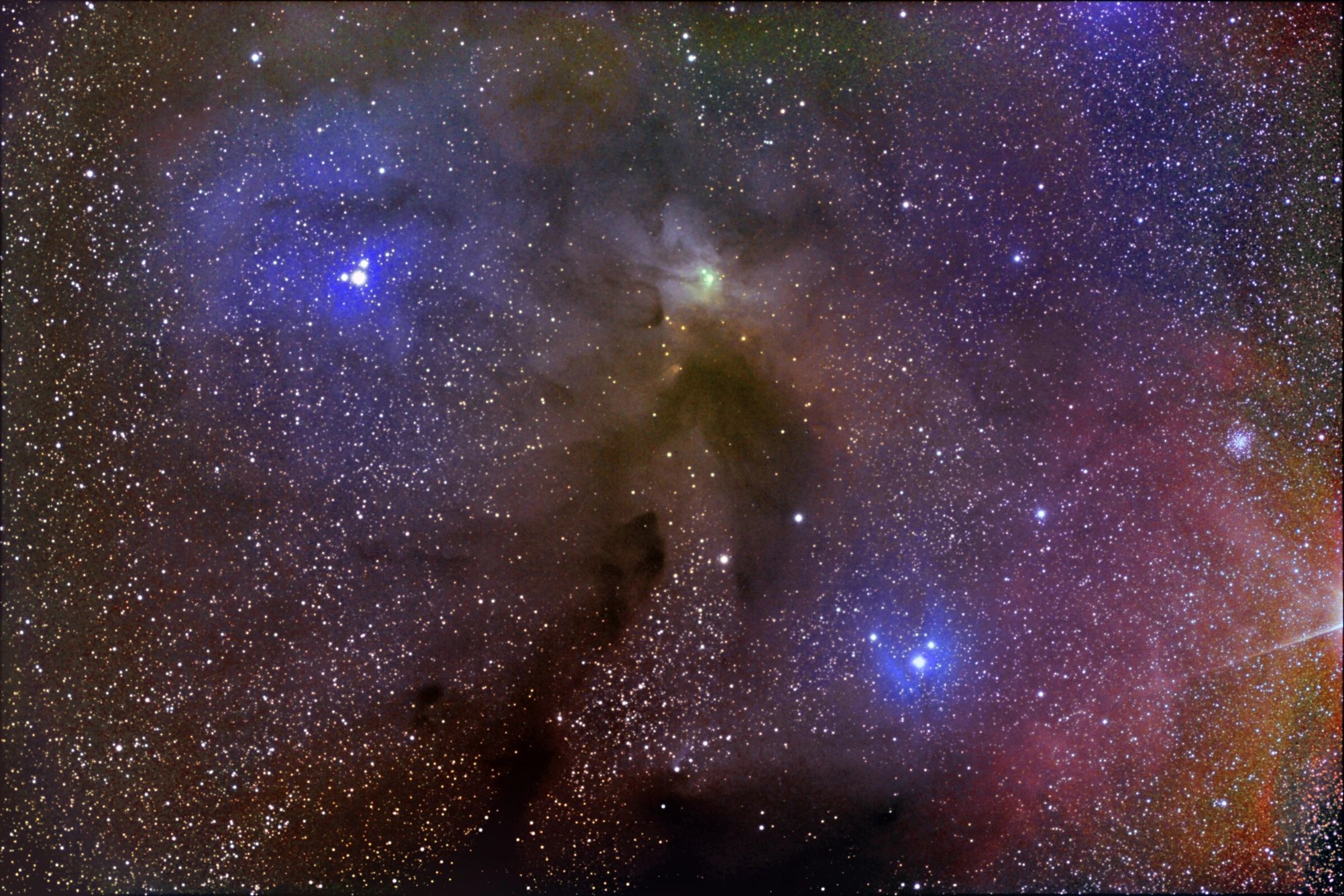 The Ring Nebula M57 in Lyra the Harp. This is the remnant of an exploded star (seen at the center) some 2  to 5 thousand light years away. The ionized gas is lit up by the solar wind thrown off by the star.

The object is unique in that it's angle to the Earth is perfectly face on so to show the torus shaped ring to our eyes. It can be seen in a small telescope under dark skies but doesn't exhibit the vivid colors that this CCD image portrays. 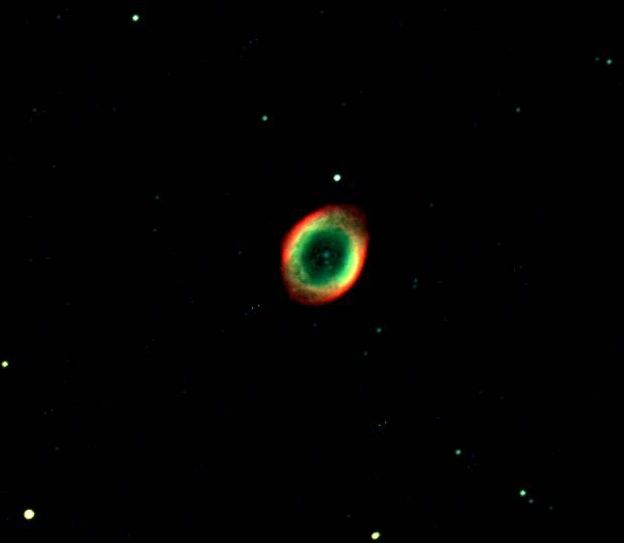 Messier #13, the Great cluster of Hercules. This globular cluster is one of the northern hemisphere's best objects. It is visible in binoculars and small telescopes and is named after the constellation that it resides in - Hercules.

This cluster has miliions of stars only a few thousand are visible in even the finest telescopes. The concentration of stars is due to the gravitational tidal effects. The age of these stars are typically old. Globular clusters reside in a halo around our Milky Way and other galaxies. 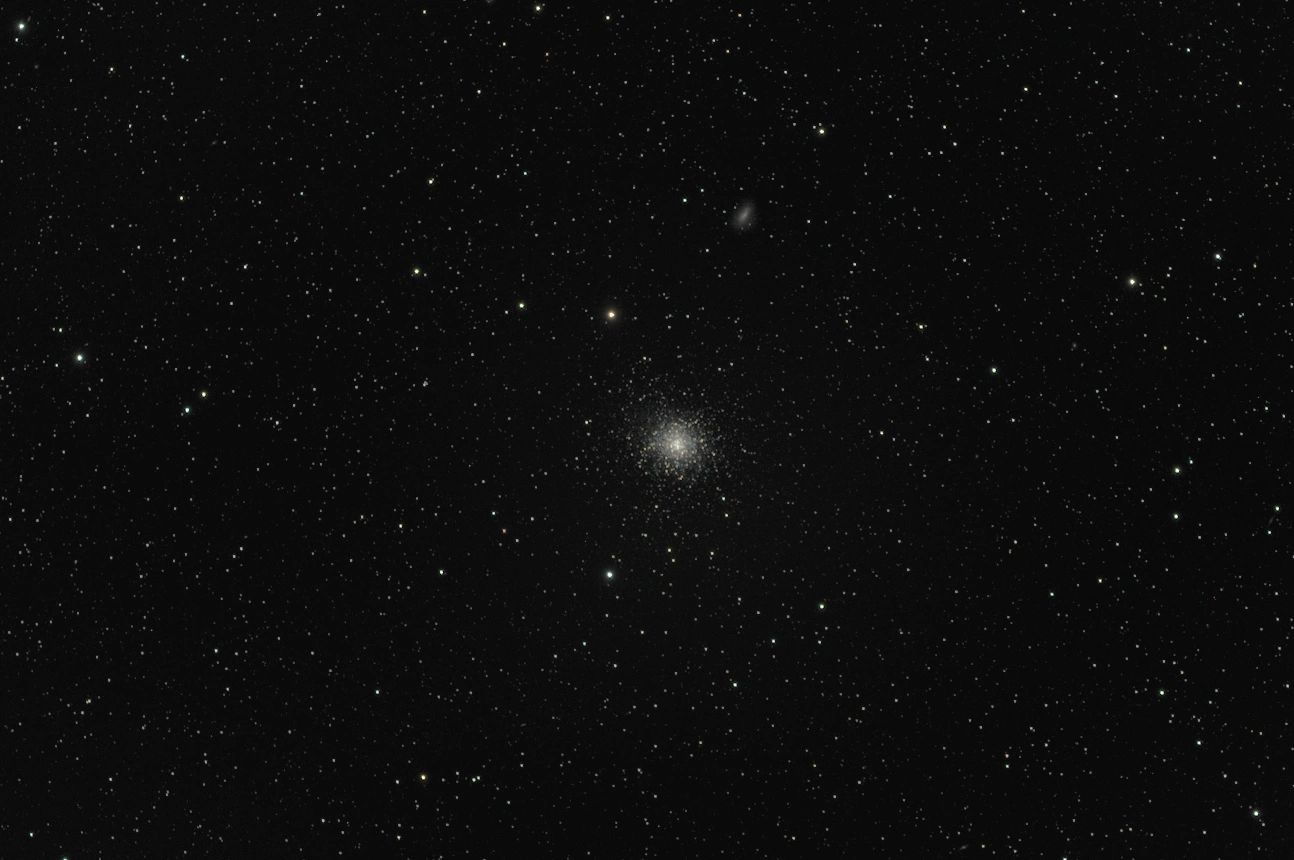 The Rosette Nebula in Monoceros. A very beautiful emission gas cloud with a bright cluster of stars at the core. 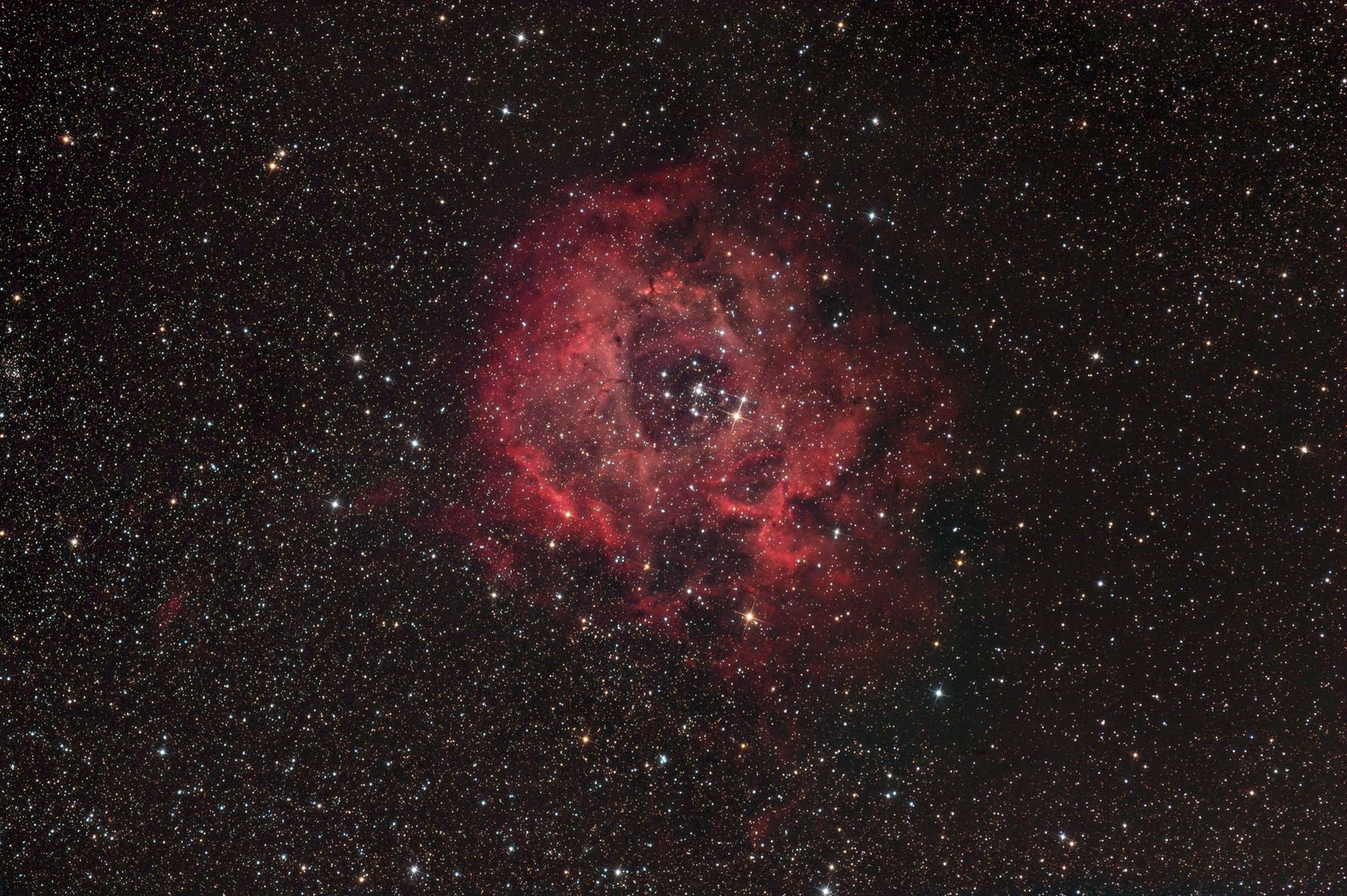 Messier catalog #42. The great nebula of Orion. The most famous and photographed object in the night sky for amateur photographers and astronomers.

This relatively close gas cloud - at only 1,500 light years away - is a fine example of a star forming region. A stellar nursury with young, hot stars which cause the clouds to flouresce or glow in visible light. The illuminated cloud is roughly 30 - 40 light years in extent.

This region is only a small part of a larger nebula which extends to 2 -3 hundred light years across. The entire molecular cloud takes up a greater portion of the Orion constellation.

The nebula can be found as the middle star of the sword of Orion in the winter months. 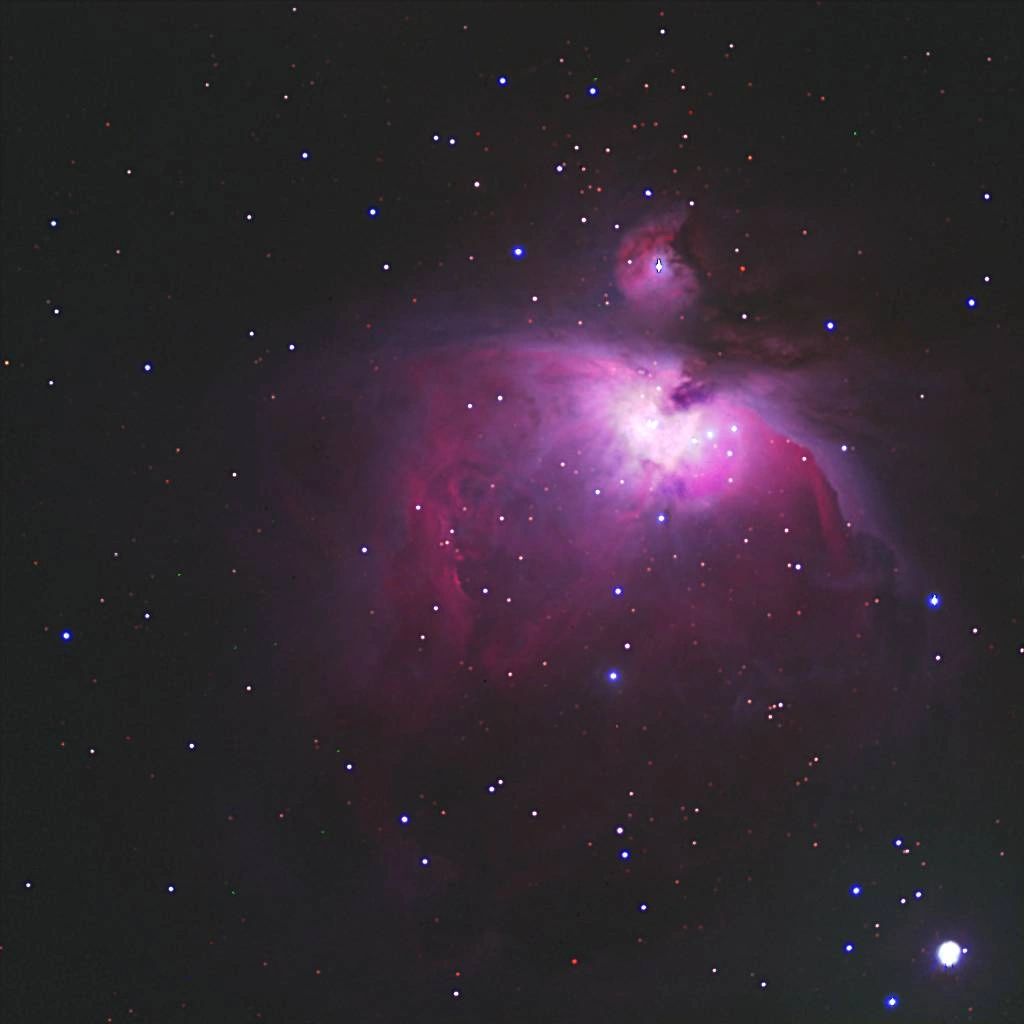 A planetary nebula. This is another example of an exploded shell of gas and ionized material thrown off by the host star at the center.

The object has several names. The Clown Faced nebula & The Eskimo nebula. It is in Gemini. 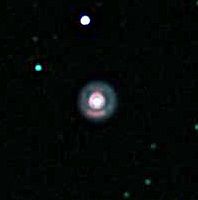 The Leo Triplet. One of the finest views of three distinct and distant galaxies. 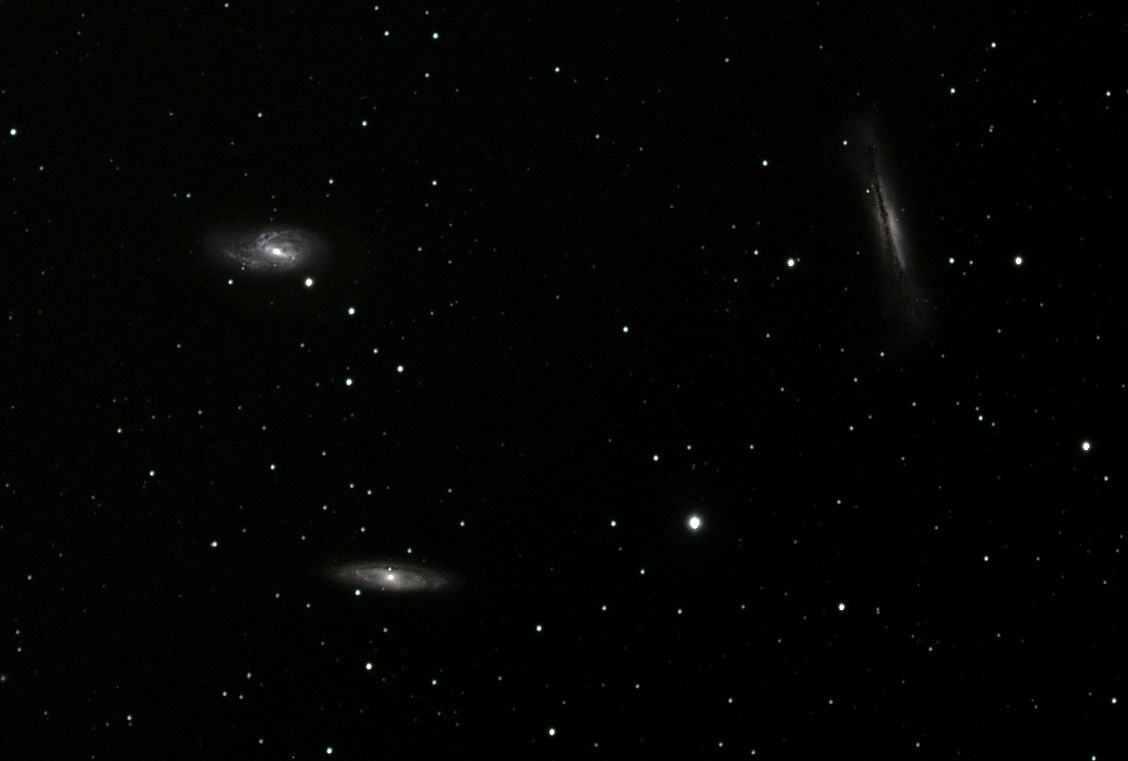 This large nebula has multiple names. The Check Mark nebula, the Swan Nebula and the Omega nebula. It is in Sagittarius.

I took this picture with an 80mm Stellarvue telescope on a GTO 1200 mount. Six minutes RGB. Equipment courtesy the Three Rivers Foundation for the Arts & Sciences (TM). 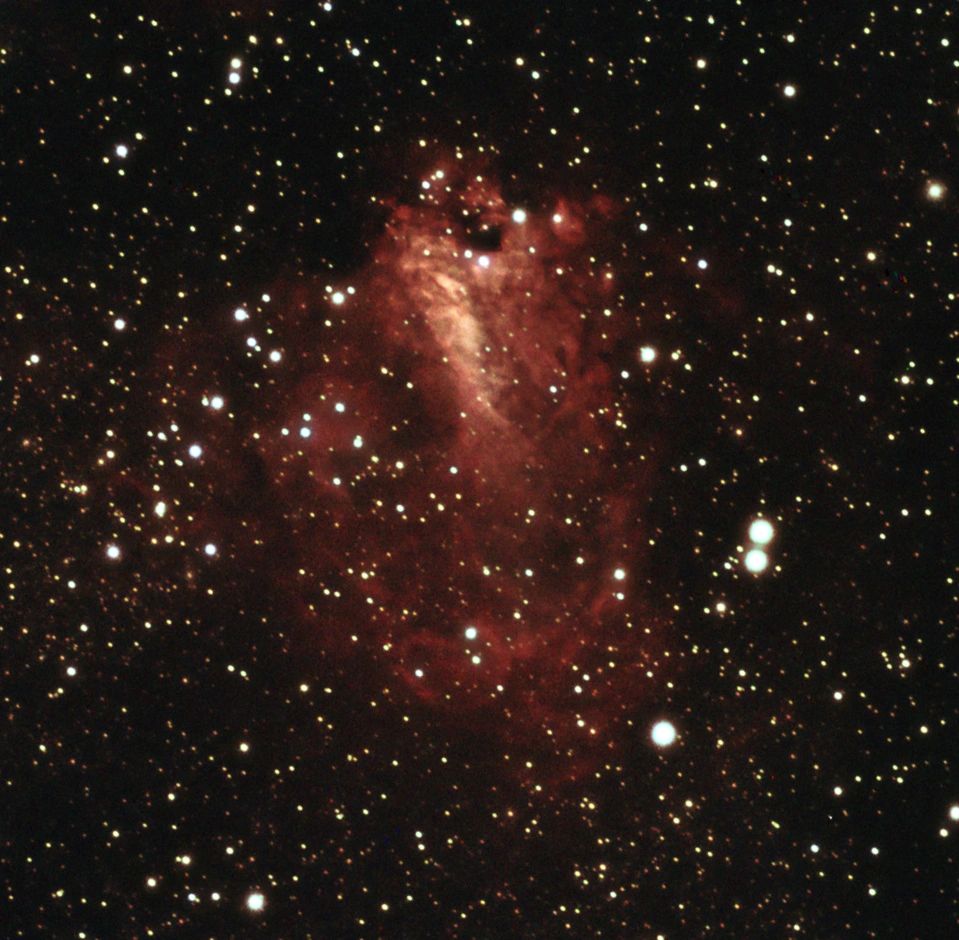 The object was discovered by Charles Messier in 1773, and dubbed a nebulous object with no stars. Later in 1845 Lord Rosse made the remarkable leap forward by identifying this as the first galaxy other than our own Milky Way.

The distance is thought to be around 30 million light years away, and the core is one of the finest examples of a dense galactic nucleus in which massive, luminous stars are born in large quantities. This is a Seyfert 2.5 type galaxy in rare form.

The companion galaxy is being assimilated onto the Whirlpool. 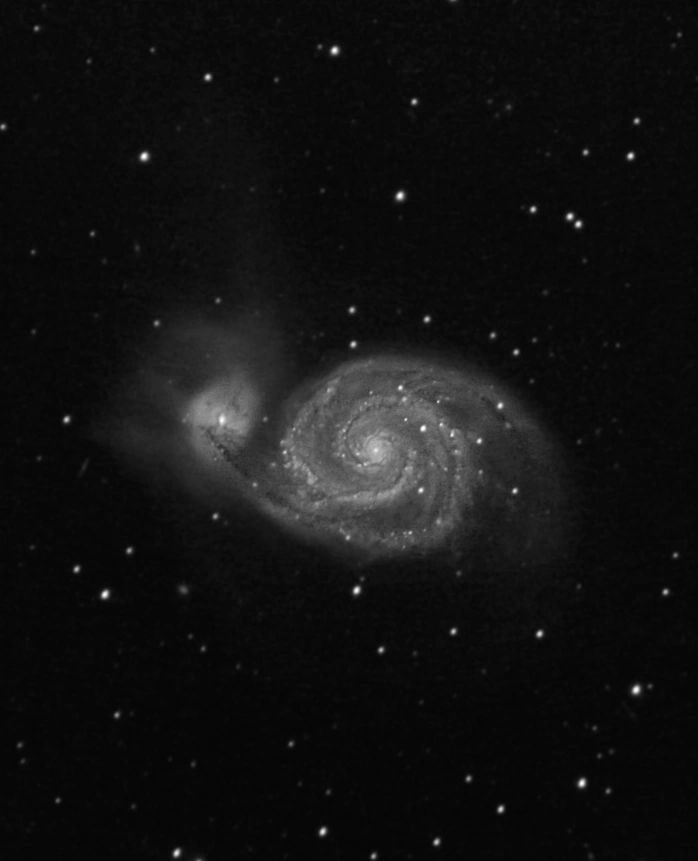 Thought to be about 1200 light years distant, and growing at a rate of 1 to 6 arc-seconds per century, this first ever discovered planetary nebulae by Messier is the finest example for small aperture and even binocular instruments. The central star is estimated to be a binary as are many planetaries, though the secondary star is very faint. 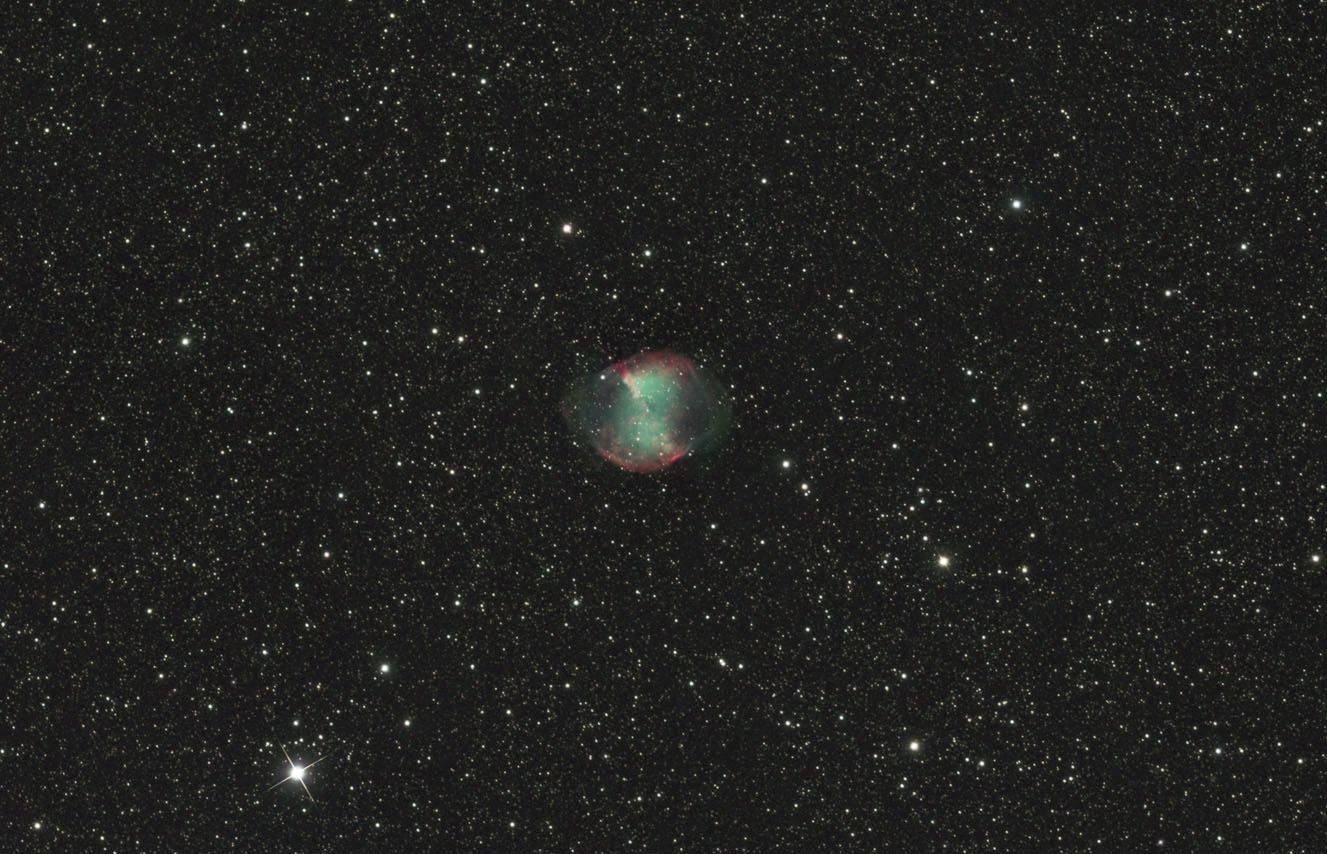 The Crescent Nebula in the constellation Cygnus, the Swan. The core star which ionizes the gas nebula is a Wolf-Rayet (WRne) exotic star. This extremely hot and bright star burns core material such as nitrogen, and the makeup of the star is mostly helium having burned up the hydrogen in an earlier era. Another name for this object is the Dividing Cell Nebula. 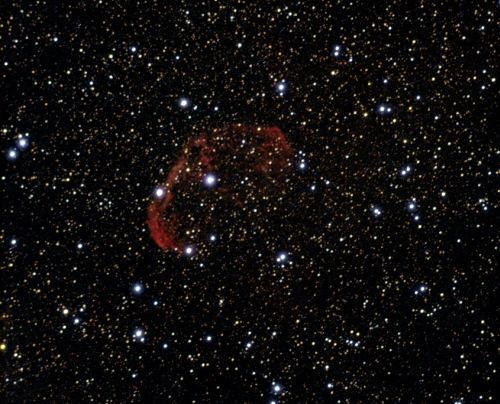 The Bubble Nebula in Cassiopeia. Not much is known of this emmission nebula. It is thought to be a high energy wavefront in the interstellar medium from a possible nova. 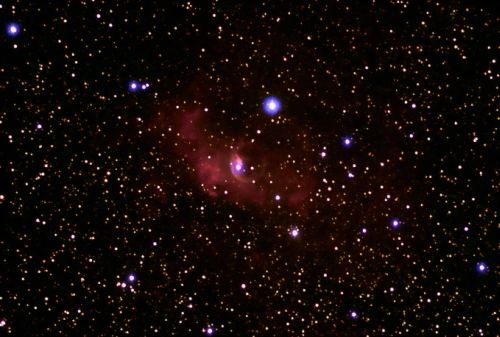 Sea Gull Nebula in Monoceros the Unicorn Constellation. This region of the night sky is near the densest part of the Milky Way Galaxy. 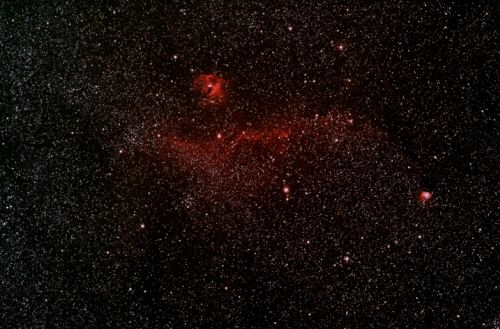 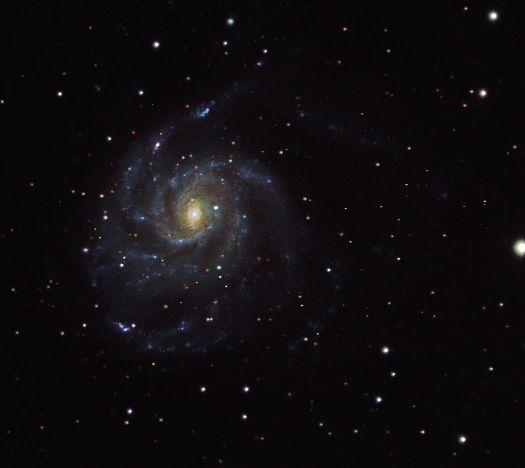 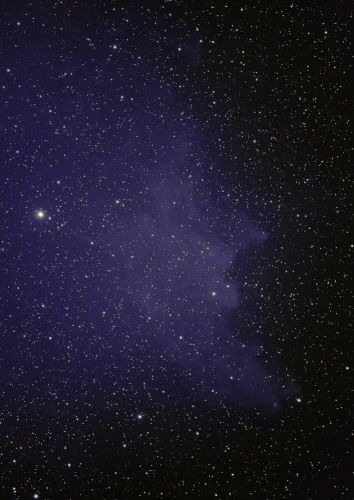 The Needle Galaxy in Coma Berenices constellation. A fine example of an edge-on galaxy.

There are many other galaxies in this region of the sky. 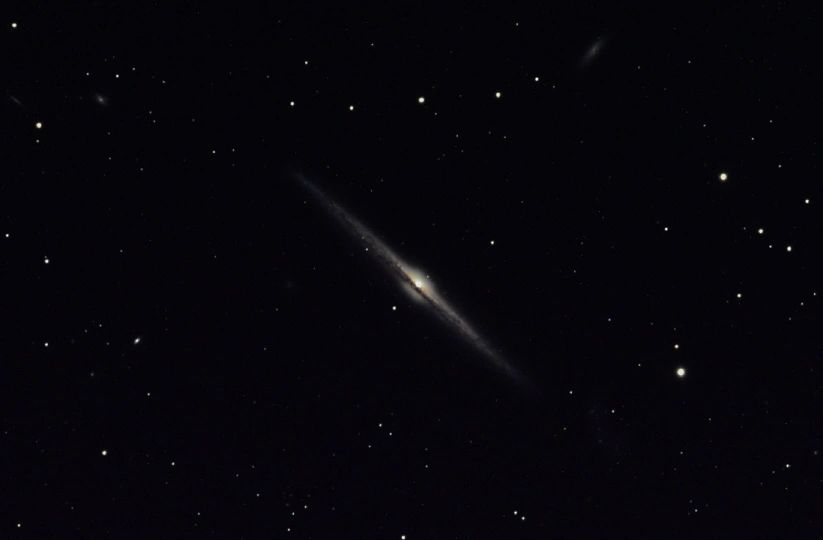 Core of the Milky Way. The bright red clouds are emission nebulae. The large one is named The Lagoon Nebula and the smaller is The Trifid. There is a globular cluster at the top left and an open cluster at the far right. 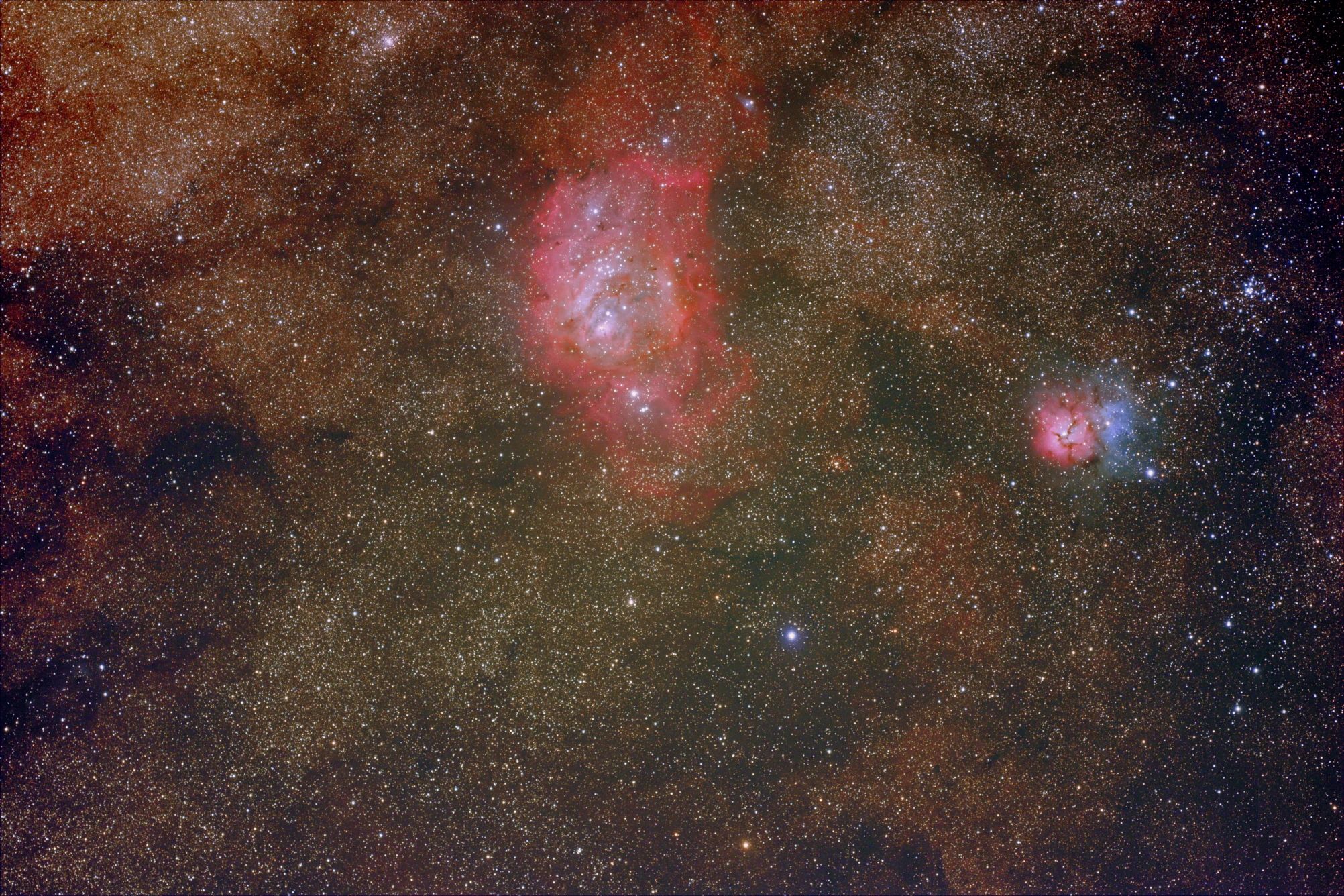 There are other nice clusters and dark nebulae in the shot. Although this is in the thicker band of the Milky Way, it is in the region called the Great Rift. Named because of the lack of stars due to interveneing clouds of dust, some of which are revealed in the darker patches here. 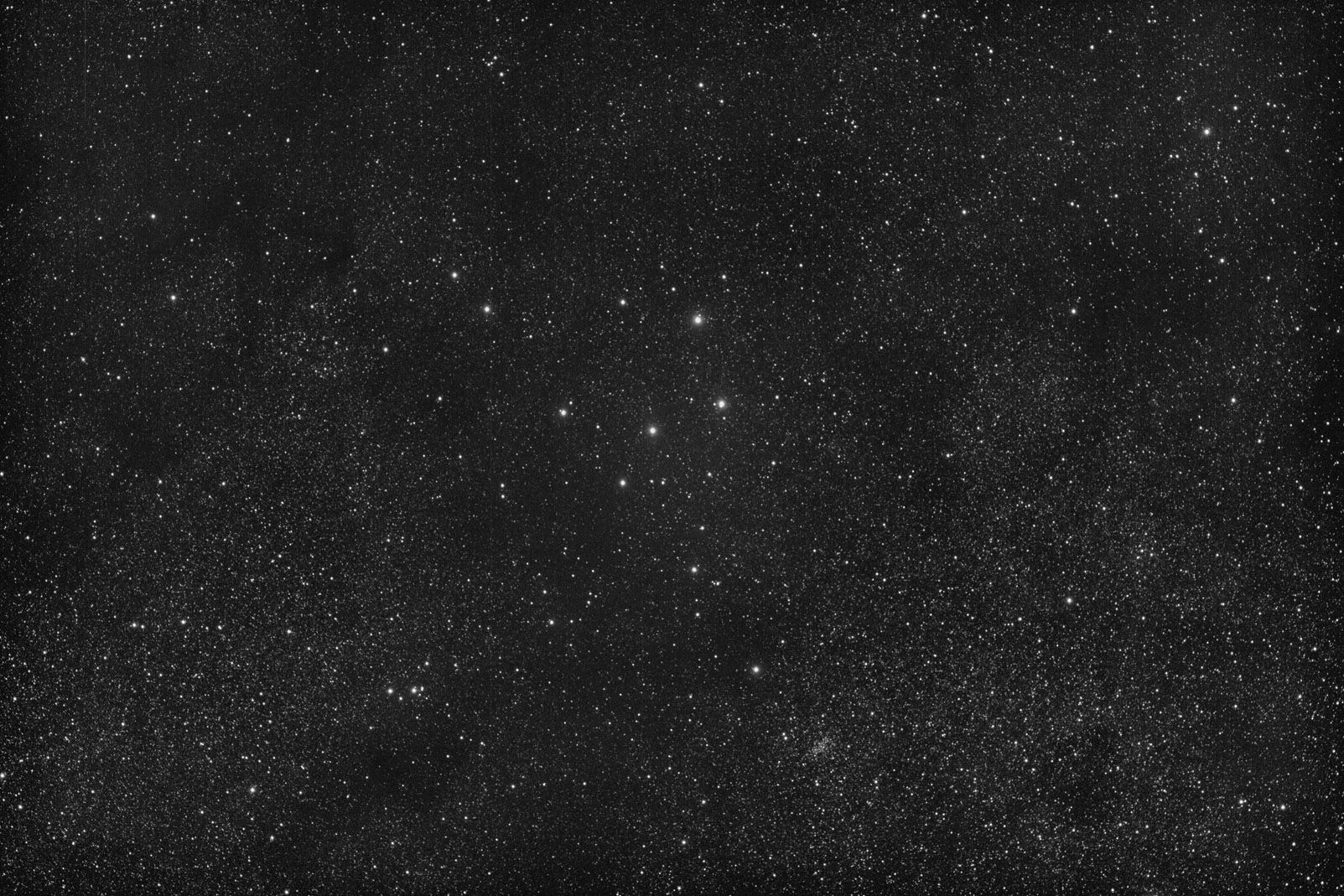 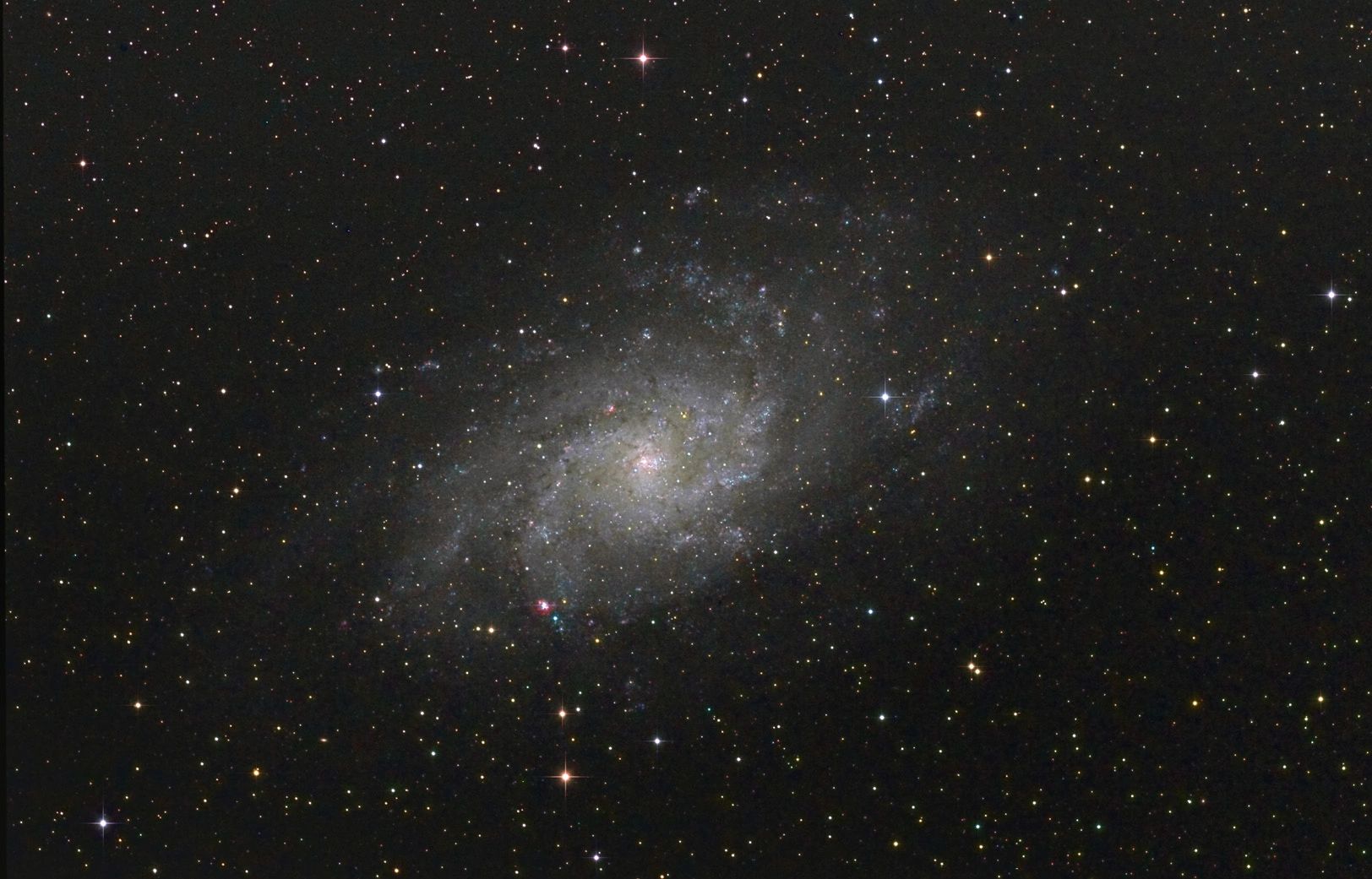 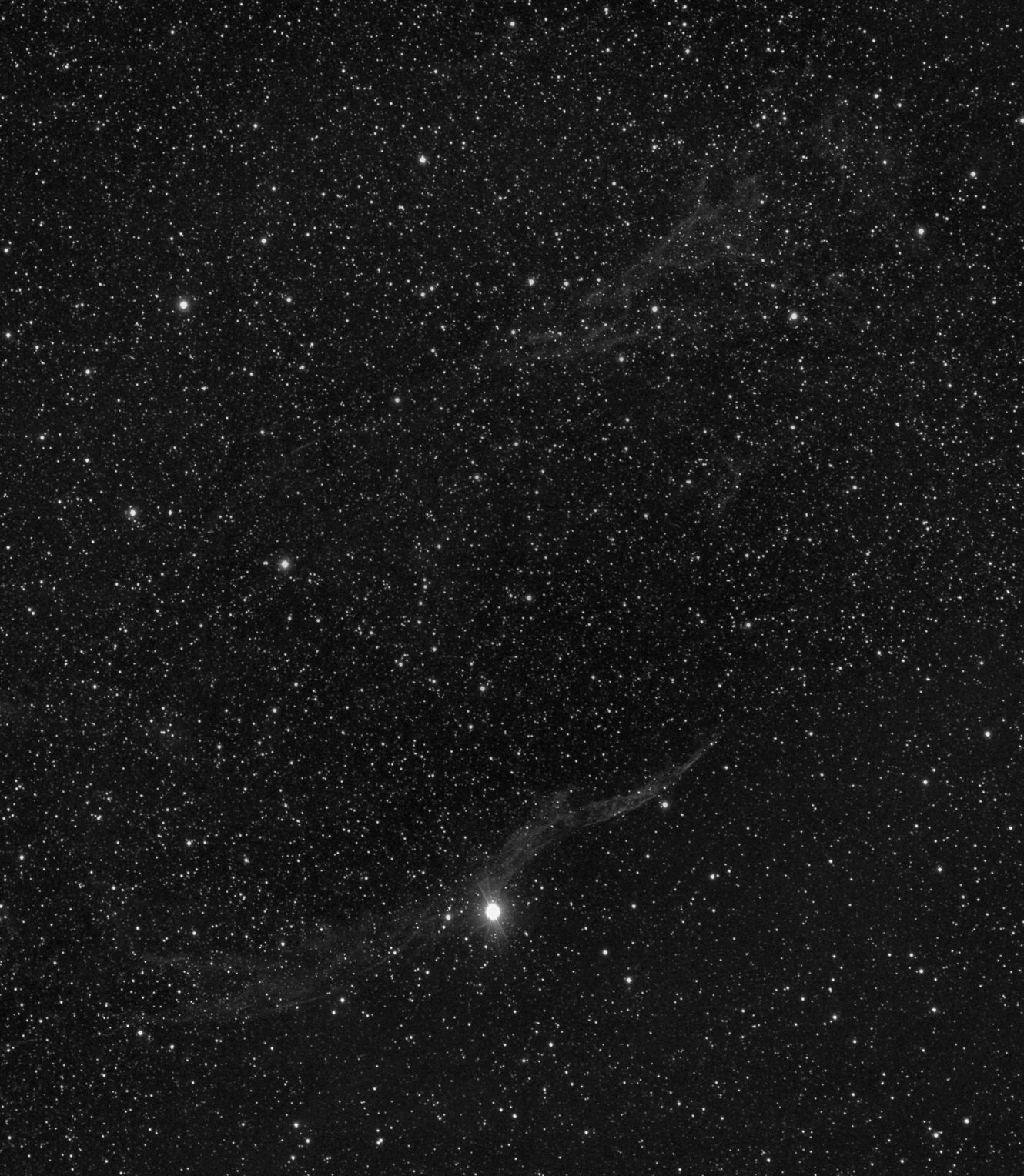